We are excited to host the launch of A Very British Muslim Activist, the biography of Dr Ghaysuddin Siddiqui, a founder of the Muslim Institute, the Muslim Parliament, Halal Food Authority and the Stop the War Coalition.

From the horrors of the partition of India to the migration to Pakistan to a new chapter in Britain, this book is a journey that spans geography, history and politics.

How does a young boy from a small village in India become a leader of British Muslims? What does rubbing shoulders with the likes of Malcolm X, Muhammed Ali, Ayatollah Khomeini and Tony Blair do to you? From being in the eye of the storm over the fatwa on Salman Rushdie, to mobilising demonstrations against the wars in Iraq and Afghanistan, to regulating the halal meat industry, to campaigning against forced marriages and child abuse.

This is the inside story of an activist. It is also a story of British Islam itself.

This richly written, frank, part-satirical and highly accessible account of one man’s journey brings to life a moment in time. Each generation faces new challenges, but history turns in cycles. This book is a treasure trove of lessons, losses and small wins. Wisdom in troubled times.

An activist to the core. A very British Muslim one.

Join us with an excellent panel of speakers. At the end of the talk, there will be an opportunity to buy the book A Very British Muslim Activist at the specially discounted price of £9.95, and to get your copy personally signed by Dr Siddiqui. Cash and PayPal payments accepted at the event. Alternatively you can order at the pre-publication price of £9.95 until 22 November 2019 online via Beacon Books. Refreshments will be served.

C Scott Jordan is the author of A Very British Muslim Activist and will talk about how the book came to be written. Scott writes for Critical Muslim, the Muslim Institute’s quarterly journal. He also works at the Asian World Centre, Creighton University, Omaha, and is a Research Fellow at the Centre for Postnormal Policy and Futures Studies, East West University, Chicago.

Madeleine Bunting is a former Guardian columnist and associate editor. She has written on a wide range of subjects including Islam, faith, global development, politics and social change. She has observed and written extensively on the development of British Islam and its Muslim communities and institutions. She was editor of ‘Islam, Race and Being British’ published by the Guardian and Barrow Cadbury Trust.

Shahedah Vawda is a former trustee of the City Circle and founder of JustPeace, a Muslim anti-war group that emerged after 9/11. Shahedah worked closely with Dr Siddiqui, then a founder of the Stop the War Coalition and leader of the Muslim Parliament, to help recruit young Muslims into anti-war campaigns and create institutions that brought Muslim and non-Muslims activists together under the shared values of human rights and justice for all. Shahedah is a senior lecturer and occupational therapist.

Dr Rabia Malik is a former chair of the City Circle and campaigned for a number of initiatives led by Dr Siddiqui. This included the launch of the Muslim Marriage Contract that sought to tackle the abuse of religion in nikah marriages. She also hosted the launch of the report into child protection in madrassas that called for greater safeguards in religious learning institutions. Rabia holds a doctorate in social psychology and is a practicing systemic psychotherapist. 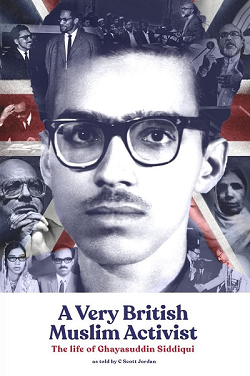