Today The City Circle is commemorating the 23rd anniversary of the genocide in Srebrenica, during which thousands of Bosnian men and boys were systematically murdered, simply because they were Muslim.

As an organisation that works to educate London’s Muslim community and the wider public about issues affecting Muslims, we feel it is vital to commemorate Srebrenica and to remember those who were killed because of their religious and ethnic background. At the same time it is vital to take a stand against hatred and discrimination that targets groups based on their religion, ethnicity, gender, sexuality or any type of difference. 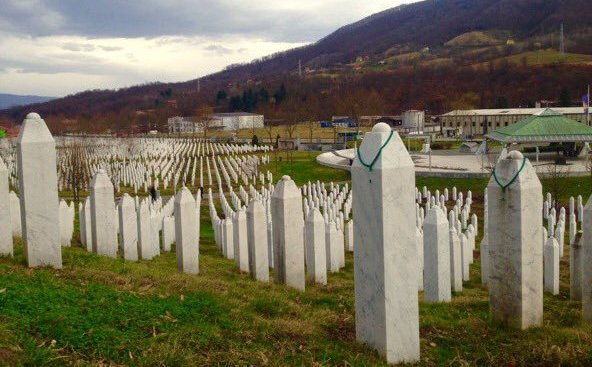 The theme "Acts of Courage" is a reminder that hope and the common bonds of humanity can triumph in the darkest of times. We are all invited to draw strength and inspiration from those who, during the genocide and ethnic cleansing, were bold enough to resist an ideology of division, protect their neighbours, and speak out for truth and justice. The baton of courage has now been passed on and it is up to us learn the lessons from Srebrenica.

It is now more important than ever for us to come together as people in the UK, no matter what our background, to celebrate diversity and to stand together in solidarity against hatred and discrimination. This Friday City Circle is hosting a Concert for Srebrenica, where our guest speakers include a genocide survivor who will talk about how acts of courage helped to save people who would otherwise have perished.

We hope you will join us in mourning the loss of those who died at Srebrenica, and reflecting on how we as individuals, groups and communities can come together to build a better future without hatred.