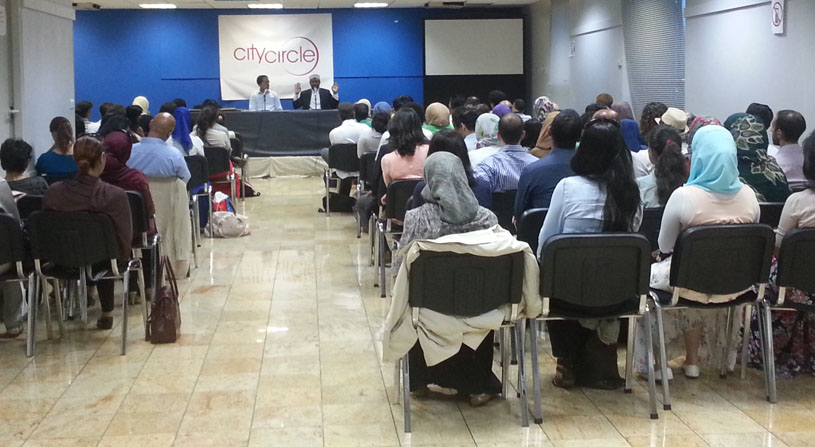 The City Circle is an open circle for open minds where individuals are pushed to think outside the box. It provides a safe space for communities to self-critically discuss and debate issues that concern them. It is open to the public, all Muslim and non-Muslim opinions are welcome. Whatever your faith and whatever your politics, the City Circle remains a home for everyone. We are an independent and inclusive space.

The City Circle offers no doctrinal solutions but instead a space to explore new ideas and a place to ask questions:  to challenge and be challenged. That is how we believe creative, confident and dynamic communities develop.

We have held events on a weekly basis in the heart of London as well as our strategic projects over the last 15 years on a voluntary basis working in some very challenging inner city areas where educational achievement is low and crime rates and marginalisation is high. It has genuine grassroots authenticity and is led by a strategic mix of female and male professionals from different theological denominations.